A few decades ago, many societies did not consider divorce to be a major problem. The reason was that most of these societies did not allow divorce. However, as divorce became much easier to achieve, it was found out that women were the primary victims, particularly as they had to face major economic restrictions and problems that resulted from divorce. Economically, women are more vulnerable than men are after divorce. A number of reasons are responsible for this situation, particularly the present status of divorce laws that do not provide women with sufficient economic guarantees. In addition to this, many women rarely continue their education or pursue careers when they get married, so once they get divorced, they find themselves at economic disadvantage in comparison to their husbands. In this paper I am going to discuss the major economic needs and problems faced by women after divorce. I will also highlight the fact that divorced women face more economic disadvantages than divorced husbands do. 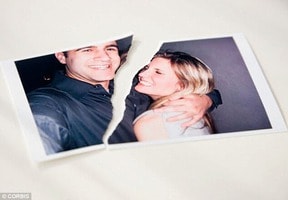 It is important always to hold in mind that divorce is not an end to the marriage relation, but rather, a change in it, especially when children are involved (Conklin, 1984, p.269). In the past five decades, divorce has been considered as the major cause for the increase in female-headed families, especially in the US where the rate of divorce has been increasing considerably (Julian & Kornblum, 1988, p.413). As the number of divorces increased, the laws regulating divorce had also changed to make divorce more convenient, both for the husband and wife. Despite this change, yet divorce still remains to be a major source of financial and emotional problems, particularly for women who in most of the cases have to care for their children without adequate economic and psychological support from husbands (Julian & Kornblum, 1988, p.416).

Upon their divorce, women start to feel isolated and depressed, and in many ways, their actions and reactions reflect feelings of guilt, anger and blame (Conklin, 1984, p.268). Yet, this is further worsened by the economic burdens that divorced women have to go through. In the US, statistics show that 5% of the families that face persistent poverty are headed by divorced women (Currie & Skolnick, 1984, p.225).

Divorced women are faced with relative deprivation. According to American statistics and research works on divorced families, divorced women tend to face more economic problems such as poverty than their ex-husbands (Scanzoni, 1995, p.299). Many reasons are responsible for such a problem.

Unemployment in particular remains a major economic problem that faces most divorced women (Currie & Skolnick, 1984, p.225). It is noticeable that when women get married, many of them simply drop out of college in order to take care of their households. Even many of those who graduate from college, tend to stay at home or to accept any job instead of pursuing their careers seriously, mainly in order to be able to stay beside their husbands and families. Consequently, once they get divorced, they discover that they have serious trouble starting a career or finding a job. This creates more economic burdens which divorced women have to face. In general, many of the divorced mothers who do not have sufficient education are forced into poverty and into accepting public assistance (Julian & Kornblum, 1988, p.416).

Women with low or no education tend to suffer most. Not only are they forced into poverty and accepting public assistance, but also into accepting low paying jobs which have no future for promotion or improvement (Scanzoni, 1995, p.285). They are also faced with a double burden, especially as most husbands tend to leave the children to the mother in the end (Scanzoni, 1995, p.285).

Things get even worse for women after divorce because in reality, they have to take care of almost all of the economic needs of their families. The reason is that most husbands do not pay their share of the expenses after divorce. Statistics show that 90% of husbands stop paying child-support or fail to meet the financial requirements of child-support within the first year of the divorce (Conklin, 1984, p.269). Since the legal courts are unable to put an end to such a problem, it is the divorced mother has to pay for the difference, having to pay all the expenses on her own to meet her own needs as well as those of her children.

As the majority of divorced women end up facing their economic problems on their own, they are forced to look for a job in order to support their families. However, at this stage, they start to face other economic problems. For example, job segregation against women, the sexual divisions of labor and many others stand as impediments to the economic improvement of divorced women. It is also noticed that most divorced women are unable to get credit facilities from banks and other financial institutions (Currie & Skolnick, 1984, p.225).

As divorced women discover that they are among the least privileged members of society, and under their economic pressures, they are forced to look at remarriage as a solution for their personal and economic problems. However, remarriage does not resolve the problem in most cases for two main reasons (Scanzoni, 1995, p.285). First of all, the motive behind remarriage is mainly economic security, which is not sufficient to sustain the marriage, and might in the end lead to another divorce. Besides, if the divorced woman has her own children and then gives birth to children from her new marriage, the marriage has more chances to become stressed, and in the end, when a divorce takes place, she is going to be facing more acute economic problems.

It is noticed, however, that well-educated divorced women tend not to remarry. Instead, they try to overcome their economic problems on their own, mainly by starting their own careers. These women tend to better economically than those with lower levels of education (Julian & Kornblum, 1988, p.416).

Economic problems are not only faced by lower class women but also by women who belong to the upper middle classes. These tend to suffer a loss in income and identity, in addition to failure to pursue economic or career interests (Scanzoni, 1995, p.300).

Therefore, it is a fact that divorce is a major cause of economic problems for women. Unemployment, gender segregation at work, loss of financial income and access to credit, in addition to facing the child-support burden alone, are all economic problems which women at all levels have to face upon their divorce. This problem becomes even more acute in case children are involved or when the mother has a low level of education.