Thesis Statement: Two factors related suicide and religion. The first is the degree of the religion’s commitment to life and its values. The second factor is the nature of religion itself, and the degree to which it tolerates suicide and death.

III. Nature of religion in relation to suicide

The high rate of suicide cases in western Europe and many industrialized countries of the world, brought attention to this issue. Many theories were put and discussed on suicide, and they were mostly related to the psychological and social problems of the individuals. Scientists studying suicide rarely concentrated on religion. However, they started to consider it seriously when they discovered that there were big differences in suicide rates among groups which had different rates of religiosity. As a result, sociologists and psychologists started to look for the factors in religion that can influence the trend for suicide in individuals. They were able to find out that there are two factors in religion influencing suicide in the individual. The first is the degree of the religion’s commitment to life and its values; and the second factor is the nature of religion itself, and the degree to which it tolerates suicide and death.

It is noticed that followers of religions that provide hope tend to have less rates of suicide among them. This is because the lack of hope is considered to be a direct factor leading to suicide. Therefore, when religion provides its followers with hope, these may not consider suicide as a solution for their pains or problems. On the contrary, they would search for practical solutions for their problems, and even when these problems were not resolved, the individuals would still wait for a solution because they are motivated by the hope provided by religion. Followers of these religions are immunized against suicide or the thought of suicide due to the sources of hope available in religion.

Religions do not only provide hope, but they also create prohibitions in their followers. Followers of religions that strongly prohibit suicide are going to find more difficult in accepting the idea of suicide, because they have been brought up with beliefs and attitudes which reject suicide. As a result, there is always a tendency among believers in religions such as Catholicism and Islam, both which reject suicide very strongly, to avoid thinking of suicide as a solution for their problems (Farber 64). This view was proven in a research on suicide carried out in New Zealand. In the cities of New Zealand where Catholic Irish settled, there were much less rates of suicide among the community in comparison to other cities where Protestants or groups from other religions settle. The reason is that Catholicism is the strongest in prohibiting suicide in comparison to other Christian factions (Porterfield 254).

Differences in religious beliefs tend to influence differences in attitudes towards suicide. These differences depended on the way in which the religion perceived death and life. Catholicism for example, has the sacramental system which gives a lot of value to things and symbols. Catholics, therefore, find a lot of meanings and values in life, which pulls them away from suicide and the idea of terminating their lives in order to run away from problems (Porterfield 263). Other religious groups had higher rates of suicide because they had more tolerance of death and suicide. Yet, those who were identified as sectarian, that is, not believing in any religion, tended to have the highest rates of suicide in most societies (Porterfield 263).

Modern life is very complicated. There are many responsibilities and consequences that everyone has to face all the time. In many situations, there seems to be no solution. The individual in modern society might find out that his values are not strong enough to help him deal with his problems of modernity, especially when these problems are very complicated. Since people in modern life are far away from religion, they find themselves weak and hopeless, and as a result, they may begin to lose control and start thinking of suicide as the only way to escape. Actually, it is noticed that communities which have more complicated social systems tend to have higher rates of suicide than simpler societies (Baechler 302).

The nature of religion and its values related to life and commitment to it are also very important factors which influence the rates of suicide in any society. It has been found out that societies with religions that emphasize sacrifice and salvation have higher rates of suicide. This is because sacrifice and salvation are developed in the followers of these religions to become an attitude of life (Baechler 303).

For example, the suicide rate among the Eskimos is extremely high. The reason is that the religious values of the Eskimos favor and support suicide, since they emphasize the need to sacrifice the life of the individual for the sake of the group. Hence, when the Eskimo becomes too old to be able to earn his living, he becomes a burden on the group. As a result, he would commit suicide, especially during those times when food is not sufficient, in order to relieve his society from caring for him and attending his needs (Baechler 303).

When the Eskimo commits suicide, he is not only sacrificing for the sake of the group or the others. He is also achieving salvation as his religion tells him. He is going to be relieved from the world when he dies. This is an attitude towards religion seen in individuals who follow salvation religions because these individuals believe in death pushed by religion as a transfiguration from this world (Baechler 303).

In addition to salvation and sacrifice, religious belief can contribute to increased rates of suicide as a result of religious exaltation. Religions are social systems which provide a lot of support and power for those who lack support and power. As a result, many unstable individuals seek religion and religiosity as a way to get the support and power provided by religion. These unstable individuals, however, are not powerful enough to deal with the idea of death in religion or in their lives. Once they are unable to deal with their more complicated problems, they simply give up and commit suicide (Baechler 307).

Religion is also related to suicide depending on the degree to which death is included in or excluded from religion. For example, Judaism is one of the religions that considers suicide to be a sin for which there is no forgiveness. As a result, Jews avoid even discussing the idea of suicide, because they consider it a weakness and a sin which they should not think of (Baechler 307). This is also seen in Catholics, because the Catholic doctrine believes that suicide is a sin that cannot be tolerated (Campbell & Collinson xii).

After all this discussion, the image becomes a little more clear about the relationship between religions and suicide. It is seen that religions have a direct influence on suicide. Societies whose religions do not tolerate suicide have much lower rates of suicide than societies whose religions are characterized by salvation and sacrifice. As a result of research on the relationship between religion and suicide, and due to the high relation between irreligiosity and suicide many have started to call for a return to religion and Christianity (Atkinson 19). A return to religion and Christianity will provide people with hope, and will make them think more of the values of life rather than trying to run away from their problems by committing suicide.

Global Writings Limited is a registered corporation serving students since 1991
Our writers and expert tutors have 16 years of experience in 92 subjects
Our prices are unmatched and very competitive. we go as low as $6.99 per page (275 words). Such prices are very competitive considering the high quality of writings and coursework that we provide to students across the globe. 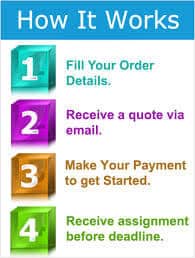